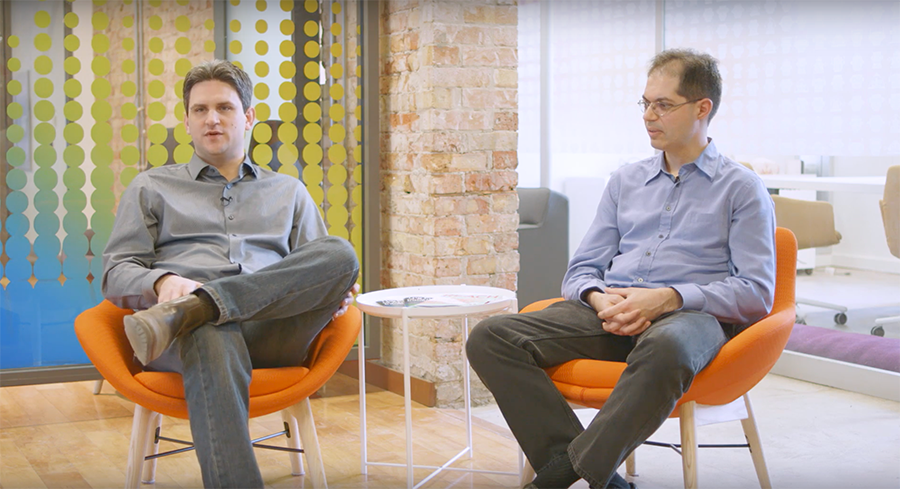 Borealis AI, an RBC Institute for Research, is continuing to expand its artificial intelligence (AI) research team across Canada with the addition of Professor Pascal Poupart of the University of Waterloo and Professor Marcus Brubaker of York University. Both join as senior researchers.

“We are thrilled to have Professor Poupart and Professor Brubaker continue their research as part of Borealis AI,” says Foteini Agrafioti, chief science officer and head, Borealis AI. “We are at a tipping point in Canada – the AI ecosystem is poised to become the true and material world leader in AI. When top talent chooses to join a Canadian company, and stay in Canada, we all benefit.”

Professor Poupart will split his time between Borealis AI and teaching at the University of Waterloo. His team will be based out of Waterloo, while working closely with the Toronto-based Borealis AI centre. He brings an extensive and highly regarded research background in the development of algorithms for reasoning under uncertainty and machine learning (ML) with application to assistive technologies, natural language processing and telecommunication networks.

Professor Poupart is part of the cohort of influential, long-time researchers whose work has helped shape the current explosion of interest in AI. During his tenure at Waterloo, a school with strong ties to industry, Professor Poupart has collaborated with numerous international corporations like Huawei, Google, Intel, and Ford. Much of his research has focused on real-world applications and the expansion into financial services applications of ML is a natural next step in his career.

“Right now, it’s not just academic institutions that are advancing this field, but the industry as well, and Borealis AI is at the forefront of this space,” says Professor Poupart, senior researcher, Borealis AI. “This is the perfect opportunity for me to continue to work on the things I’m passionate about as a scientist, while translating that work into real advances that will impact people in their everyday lives through RBC.”

With a noted expertise in computer vision and probabilistic models, Professor Brubaker will be overseeing Borealis AI’s fundamental and applied research team in Toronto. His expertise in Bayesian machine learning, a set of methods for inferring things about the world in the presence of uncertainty, has previously led him to accelerate the discovery of molecular structures from cryo-electron microscopy (Cryo-EM). Cryo-EM recently won the 2017 Nobel Prize in Chemistry.

“Borealis has built an exceptional team of researchers working on a range of problems in AI and I’m proud to become a part of that,” says Professor Brubaker, senior researcher, Borealis AI. “It will be an opportunity to really push the boundaries of what can be done with machine learning and as we continue to create opportunities in the lab we hope more researchers will join us in that effort.”